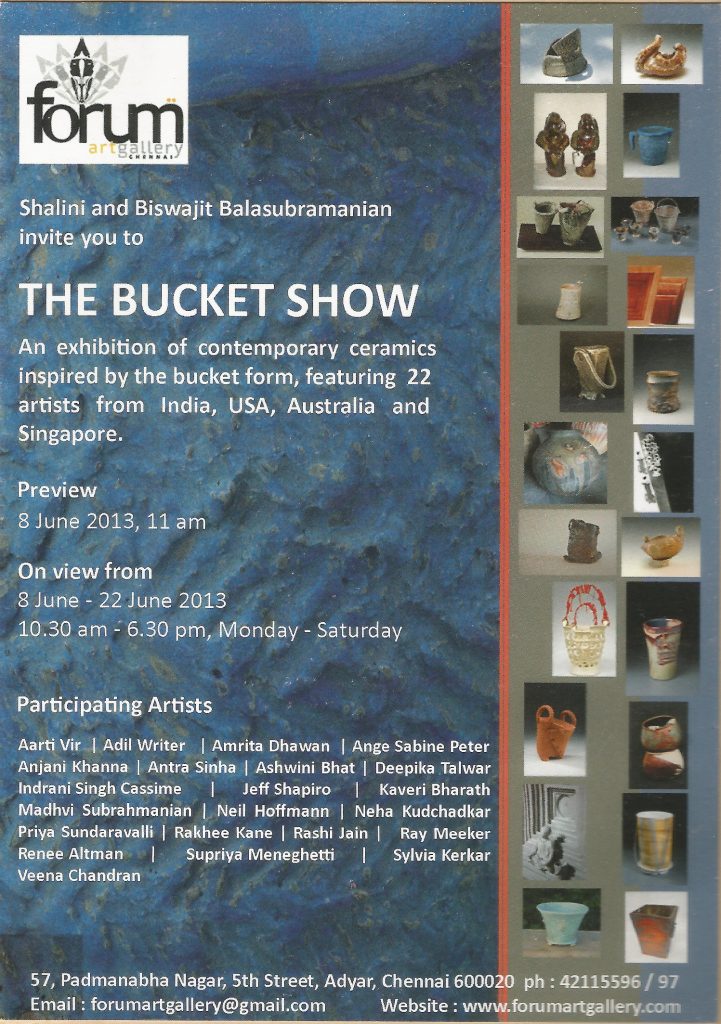 A show of ceramic bucket forms, by 22 artists from across 4 countries, on 3 continents, curated by Kaveri Bharath, at Forum Art Gallery in Chennai, from 8th to the 22nd of June, 2013.

It was an idea born out of a discussion during a workshop by Jeff Shapiro, at the Golden Bridge Pottery, in Pondicherry, in January, 2012. 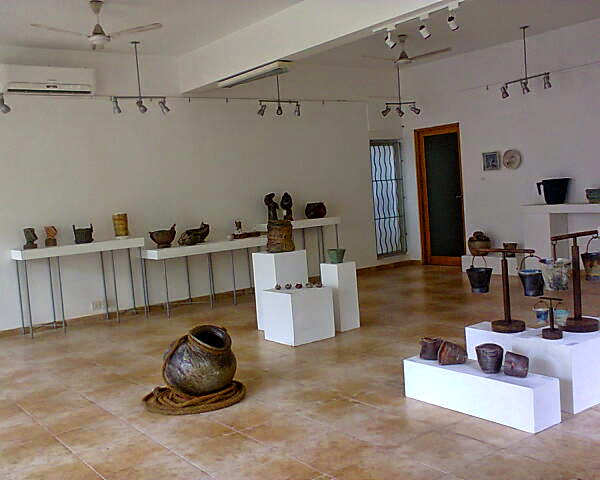 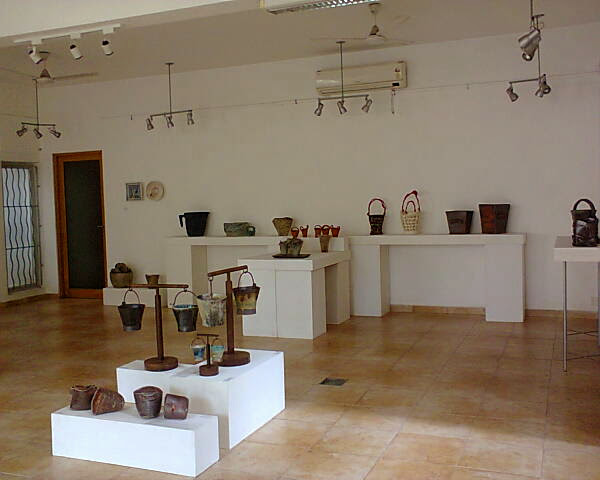 Once upon a time, in the deep, deep South of  India, there was a bucket. Not just any old bucket. But a very special bucket. An improbable bucket. An excavator bucket. Made of clay??? Yes! Yes! You mean for clay, right…?

No. It was made of clay by Ray Meeker and was the title piece for his 2001 show, Kurukshetra, in New Delhi. A photo of said bucket appeared in the catalog which Madhvi Subrahmanian sent to Jeff Shapiro. Jeff was shocked. He had been thinking of making an excavator bucket, and there it was. Oh well, back to the…

This scene unfolds at the Golden Bridge Pottery in January of 2012. I am flattered and I thank Jeff for not making the bucket anyway. If he had, with his name recognition in the world of ceramic art, the credit would definitely have been his. A discussion ensued. Neil Hoffmann saw no reason not to make the same or a similar piece. No one has proprietary rights on an excavator bucket as a work of art. True. But Jeff added that the ;piece had already been made, why make it again? Thus began a good natured debate with Jeff, Neil, Raja Mohanty, Anjani Khanna, Ange Peter, and others joining in.

As the discussion heated up, Renee Altman, a studio potter and teacher from the USA, offered glibly that “buckets must be a ‘guy thing'”. This much-welcomed wedge of humour broke up the rhetorical mastication and Kaveri Bharath mooted the idea of a bucket show. The idea met with wide appeal. Buckets are functional! Sculptural! Could be conceptual! A show would be fun, maybe even funny.

And perhaps a tad ironic… more than 80% of the artists in the show are women. It seems that in India ceramic art is still very much a gal thing.

Notwithstanding all the above, we hope you enjoy the show. 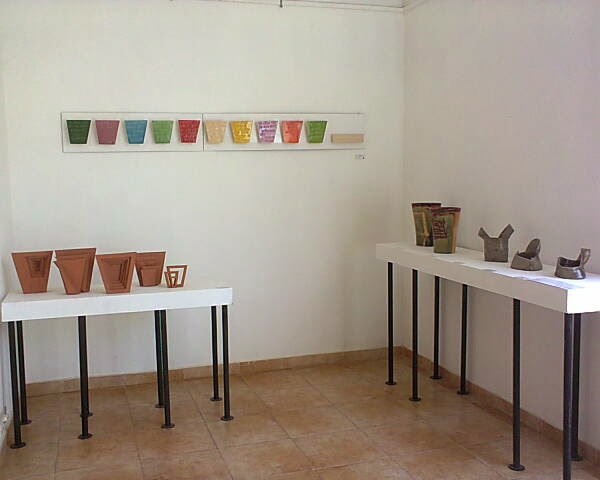 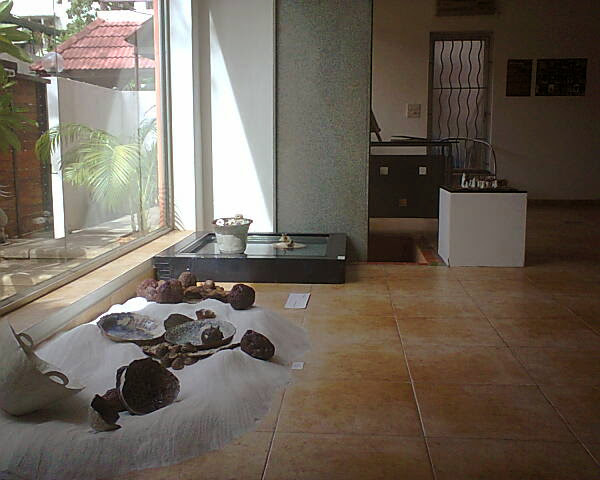 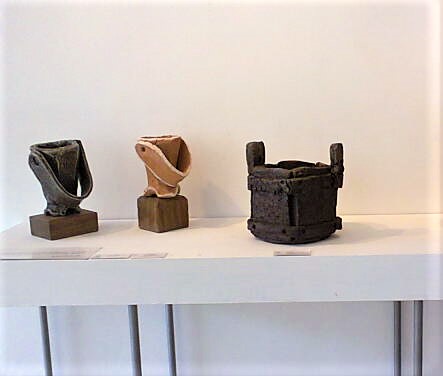 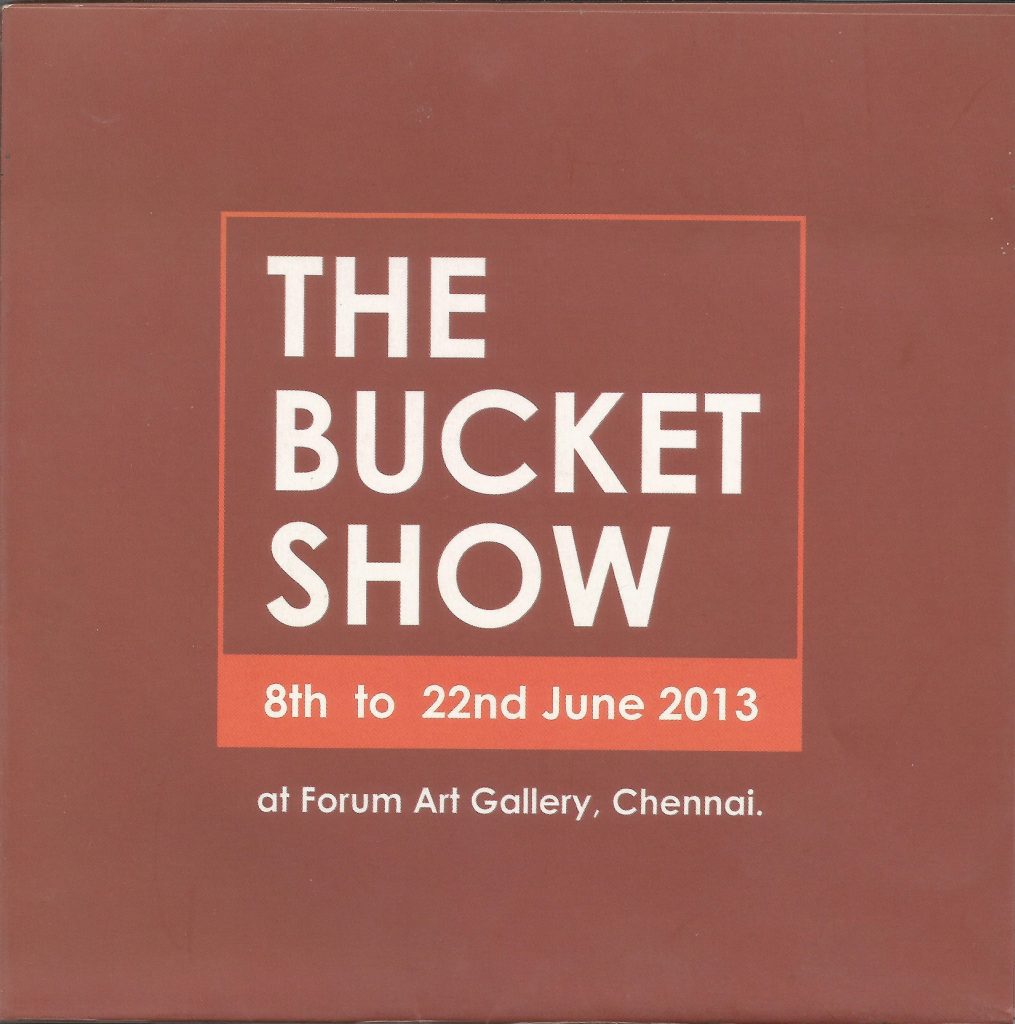